Here is one of the books of the great Cuban chess wizard Jose Raul Capablanca. Long ago it was thought that the art of the game need to learn to misuse of the best masters. Of course, the author was considered the best chess player of 20s last century. It was virtually impossible to win a single game against him in this period. Capablanca was not very modest, but after winning the title in 1921, he lost some sense of reality and objectivity. After all, did not presage disaster. And suddenly, in 1927 he unexpectedly loses Alexander Alekhine the title. It was a shock for him, because how can a chess genius to lose? Nobody knows exactly how much time Capablanca spent on chess. It was rumors that he didn’t keep even chess board with pieces at home. But we believe it is an exaggeration. After all, how he had written all his books, really blind? 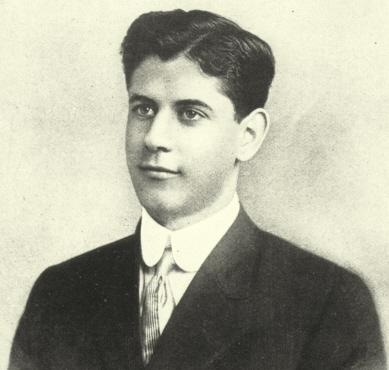 Before the author was huge task – to tell about chess fundamentals. But apparently, it is so difficult that in this little book can not cover all aspects of the game. After reading the book remains a residue of understatement and incompleteness. At the beginning of the book the author explains the basics of the endgame. There were words of Capablanca that everyone should study chess starting from the endgame then middle game and at the very end the openings. But, alas, to cover all as a meaningful end it is impossible to consider using a few elementary examples. The most instructive part we believe is endgame principles. Since it haven’t changed much during the past 100 years. The author hardly touches the openings, but only lists the main ideas of the initial development of pieces. In the historical perspective it right, as opening theory has changed dramatically since then. Capablanca preferred opening problems to solve during the game. One may recall the legendary counter-attack of Marshal, when he found during the game new refutation of the American grandmaster. The book is full of illustrative games with annotations by the author. The only problem here is that for novice players, these games are too complex. Overall, the book came out pretty good. But it is not recommended for beginners. On the other hand, a strong chess player does not need knowledge of elementary traps and combinations. The overall conclusion is such that the book can be recommended for mid-level players to improve the endgame and to archive an ability to make game plans with help of excellent commentaries of Capablanca.